Have a Question? Ask Us!

The Story of Kitchen Magic…and the Gnomes

It was 1979 and a smart business idea called cabinet refacing had captured Jost Fleck’s imagination. “Joe,” as he preferred to be called, recognized it as a smart way for homeowners to have a new kitchen that might otherwise have been beyond their budget. Instead of tearing out the whole kitchen, sturdy cabinets could be covered. He realized, though, that consumers might worry that was only a temporary solution, so he devised a method for cabinet refacing that was so reliable and permanent he backed it with a Lifetime of Home Ownership Warranty.

His wife Reine and their three daughters, Cindy, Renate and Lotte, helped him open a tiny, low-budget basement office in Allentown, Pennsylvania that he nicknamed the “Mole Hole.” They soon discovered the subterranean headquarters to be so flood prone that any heavy rain would have furniture floating around the room. Despite such setbacks, Joe wagered everything the family had on the chance that his full-page newspaper ad would make the phones ring.

He made his first sales on the power of his enthusiasm alone. And as he worked from his second-hand desk (yes, we still have that old desk), Joe co-coordinated the installations of the very first Kitchen Magic kitchens. Believing that customer referrals and testimonials would be better than any advertising he could pay for, he promised and delivered stellar results.

So began the Kitchen Magic tradition of over-delivering on promises, and the story of hard work and passion that overcame the darkness of a ‘Mole Hole’ for the light of success. 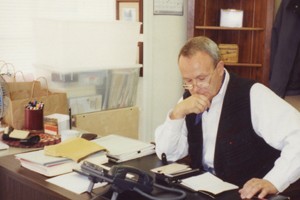 Brett Bacho, Joe and Reine Fleck's son-in law, takes the reins, is named Kitchen Magic President, and works together with the Fleck's three daughters Lotte (his wife), Renate and Cindy to run day to day operations. 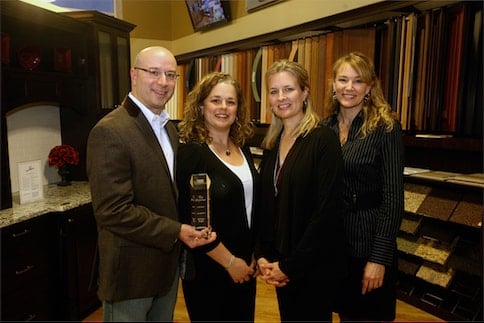 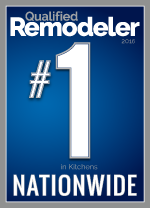 With tens of thousands of delighted customers, Kitchen Magic opens another office in Framingham, Massachusetts.

Kitchen Magic expands its services into the state of Delaware.

Kitchen Magic relocates to a new, state of the art facility in Nazareth, Pennsylvania.

For 7 consecutive years, Kitchen Magic is named one of the "Top Workplaces in the Lehigh Valley", where it's Corporate Headquarters is based. 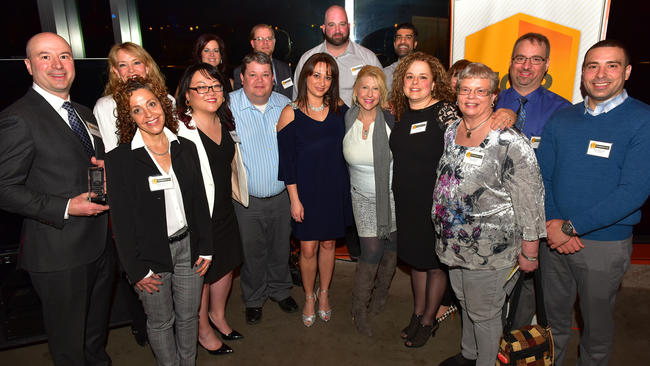 The Magic of the Humble Gnome

We are often asked why gnomes are part of our logo, and there is good reason (beyond their cuteness). A longstanding traditional European symbol of craftsmanship and handiness, gnomes are adept, bright and highly valued for their creative ingenuity. Enterprising gnomes are always working behind the scenes to safeguard and care for their environment and are nurturing, selfless, happy creatures who lead simple lives. Though they carefully observe their surroundings, gnomes are never seen.

Jost and Reine Fleck chose the hardworking gnome as the symbol of Kitchen Magic’s quality craftsmanship. Reine’s late father, Stanley Waite, a professional commercial artist, brought them to life when he illustrated the original Kitchen Magic logo. Since 1979, our logo, like high standard of excellence, has remained unchanged.

Did you know we have

available for your new kitchen?